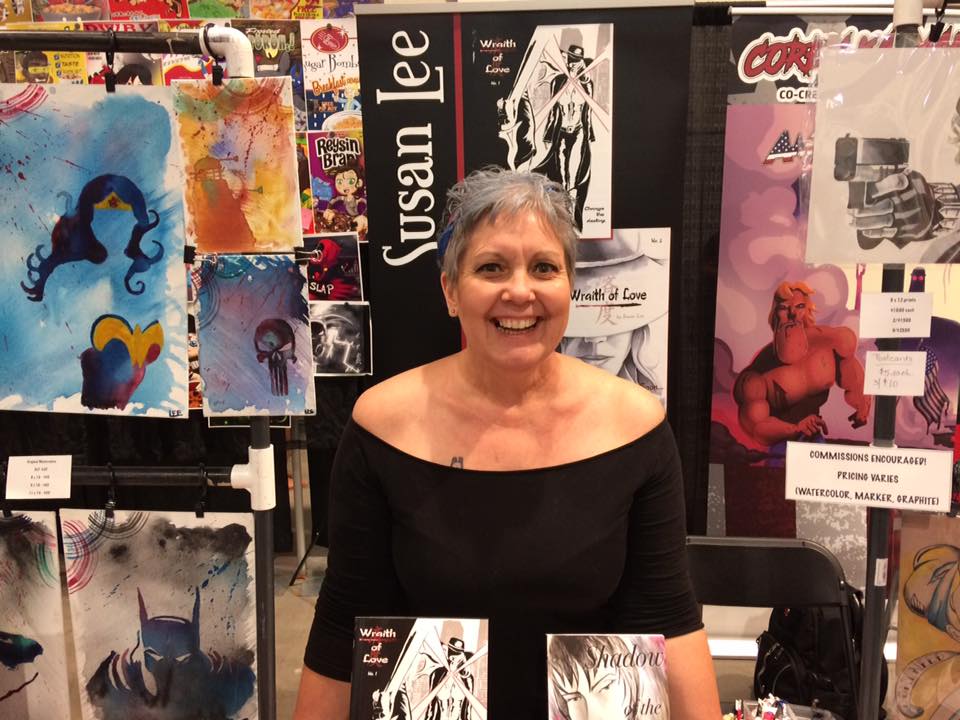 Susan Lee is a comic book creator, a fine artist, a writer, as well as the founder of “Women On The Dark Side”, a very popular panel at pop culture conventions. She has been appearing at various artist alleys for the past decade, including WonderCon, Long Beach Comic Con, Silicon Valley Comic Con, Pasadena Comic Con, Houston Comic Con, among others.

Despite the black white nature of her comic book work, Susan is a trained Impressionist painter, specializing in portraits. Currently, she has focused her artistic aim at creating original “pop culture” watercolors because, after all, she is a big geek. Ask her about the MCU - as long as you have some time to spare. She has been teaching traditional art techniques for more than a decade.

Her newest book, “The Buddha Cat” is based on her awesome cat, Indiana Jones, and was written as she traveled around the country for four months in her home-built teardrop trailer. Her “accidentally inspirational” memoir, “Courage To Be Simple,” tells of her adventures as she spent a yea

Her graphic novel, “Wraith of Love”, is a three part series which she wrote, drew, inked, et al. She loves to hang out with her weirdo cat, Indiana Jones, because every creative needs to have their familiar.

Susan (and Indiana Jones and his new buddy, Rorschach) currently reside in New Orleans. You can find her most weekends selling her pop culture watercolors at the French Market Flea Market in the French Quarter. Stop by and say hi!